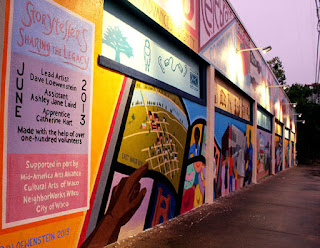 When the East Waco Library closed its doors for renovations in 2015, much of the community was displeased with the inconvenience. Waco Library Director Essy Day believes it will be well worth the wait once the renovations are done this fall. “I believe in the libraries ability to transform and save lives,” Day said. “I truly just want to give the community the library they deserve.”

According to the Waco-McLennan County Website, the newly renovated East Waco Library will feature a 40% increase in space with a new quiet study room, space designated for teens, meeting room with increased seating, more computers available for public use, and much more.
“Libraries provide access to valuable information for people and what I love about them is that they are open to anyone, regardless of age, gender, or socioeconomic status. Anyone can walk off the street and use the library,” Day said. “Once you graduate from college there’s no other place you can go to have access to all this information. Where else can you use a free computer all day with wifi? There’s no other place like it. We’re truly the last of the great democratic spaces.”

When asked about the design of the new library, Essy Day mentioned that the design was built around the large and colorful mural, which has become iconic and well loved by the Waco community.
“The community is just so invested in the mural. They wanted to work around the mural during the renovations so they took a lot of color from the mural and incorporated it into the new design,” Day said.

Dave Loewenstein, a professional muralist and mosaic artist, was the lead artist of the mural project back in 2013. The library itself used to be a grocery store, so the murals focus was on that transition.
“The place itself went from being a place for food for the body to a place being food for the mind,” Loewenstein said. “We really wanted to use that as a theme in the project.” Day believes that the new renovations will result in people staying longer at the library instead of just checking out books and leaving.

“We see that here at the central branch libraries, people come in with their laptops and stay all day. Sometimes we joke with them, ‘Do you have a job?’ but we really love that they want to spend their time here. People just love that its air conditioned and quiet… well sometimes quiet.” Day said.
Essy also believes that the East Waco Library will be a great study place for Baylor students, especially when finals roll around and the school library is packed.

“Sometimes kids come in shocked to the Waco libraries and say, ‘We didn’t know you had study rooms.’ We always think this is funny because of course we do. We have quiet study rooms and awesome databases to use. We also have a computer lab and nice printers to use,” Day said.
Day wants Baylor students to know that they are more than welcome to come and visit.
“We would love for Baylor students to come and use any of the four libraries in Waco,” Day said.
Posted by Dave at 8:01 PM 2 comments: